Harry Potter and the Chamber of Secrets
0 0

Harry Potter and the Chamber of Secrets

Harry Potter and the Chamber of Secrets - Copie

Abstract: &quote;'There is a plot, Harry Potter. A plot to make most terrible things happen at Hogwarts School of Witchcraft and Wizardry this year.'&quote; Harry Potter's summer has included the worst birthday ever, doomy warnings from a house-elf called Dobby, and rescue from the Dursleys by his friend Ron Weasley in a magical flying car! Back at Hogwarts School of Witchcraft and Wizardry for his second year, Harry hears strange whispers echo through empty corridors - and then the attacks start. Students are found as though turned to stone... Dobby's sinister predictions seem to be coming true. 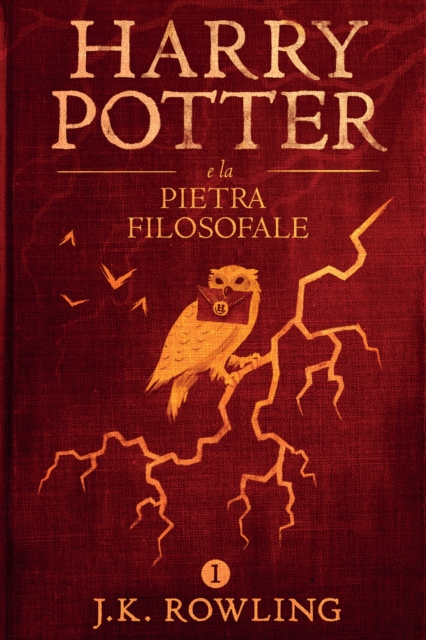 Harry Potter and the Philosopher's Stone
0 0

Harry Potter and the Philosopher's Stone

Abstract: &quote;Turning the envelope over, his hand trembling, Harry saw a purple wax seal bearing a coat of arms; a lion, an eagle, a badger and a snake surrounding a large letter 'H'.&quote;Harry Potter has never even heard of Hogwarts when the letters start dropping on the doormat at number four, Privet Drive. Addressed in green ink on yellowish parchment with a purple seal, they are swiftly confiscated by his grisly aunt and uncle. Then, on Harry's eleventh birthday, a great beetle-eyed giant of a man called Rubeus Hagrid bursts in with some astonishing news: Harry Potter is a wizard, and he has a place at Hogwarts School of Witchcraft and Wizardry. An incredible adventure is about to begin!

Harry Potter and the Prisoner of Azkaban
0 0

Harry Potter and the Prisoner of Azkaban

Harry Potter and the Prisoner of Azkaban - Copie

Abstract: &quote;'Welcome to the Knight Bus, emergency transport for the stranded witch or wizard. Just stick out your wand hand, step on board and we can take you anywhere you want to go.'&quote;When the Knight Bus crashes through the darkness and screeches to a halt in front of him, it's the start of another far from ordinary year at Hogwarts for Harry Potter. Sirius Black, escaped mass-murderer and follower of Lord Voldemort, is on the run - and they say he is coming after Harry. In his first ever Divination class, Professor Trelawney sees an omen of death in Harry's tea leaves... But perhaps most terrifying of all are the Dementors patrolling the school grounds, with their soul-sucking kiss...

Harry Potter and the Order of the Phoenix
0 0

Harry Potter and the Order of the Phoenix

Harry Potter and the Order of the Phoenix - Copie

Abstract: &quote;'You are sharing the Dark Lord's thoughts and emotions. The Headmaster thinks it inadvisable for this to continue. He wishes me to teach you how to close your mind to the Dark Lord.'&quote;Dark times have come to Hogwarts. After the Dementors' attack on his cousin Dudley, Harry Potter knows that Voldemort will stop at nothing to find him. There are many who deny the Dark Lord's return, but Harry is not alone: a secret order gathers at Grimmauld Place to fight against the Dark forces. Harry must allow Professor Snape to teach him how to protect himself from Voldemort's savage assaults on his mind. But they are growing stronger by the day and Harry is running out of time...

Harry Potter and the Half-Blood Prince
0 0

Harry Potter and the Half-Blood Prince

Abstract: &quote;There it was, hanging in the sky above the school: the blazing green skull with a serpent tongue, the mark Death Eaters left behind whenever they had entered a building... wherever they had murdered...&quote;When Dumbledore arrives at Privet Drive one summer night to collect Harry Potter, his wand hand is blackened and shrivelled, but he does not reveal why. Secrets and suspicion are spreading through the wizarding world, and Hogwarts itself is not safe. Harry is convinced that Malfoy bears the Dark Mark: there is a Death Eater amongst them. Harry will need powerful magic and true friends as he explores Voldemort's darkest secrets, and Dumbledore prepares him to face his destiny...

Harry Potter and the Deathly Hallows
0 0

Harry Potter and the Deathly Hallows

Abstract: &quote;'Give me Harry Potter,' said Voldemort's voice, 'and none shall be harmed. Give me Harry Potter, and I shall leave the school untouched. Give me Harry Potter, and you will be rewarded.'&quote;As he climbs into the sidecar of Hagrid's motorbike and takes to the skies, leaving Privet Drive for the last time, Harry Potter knows that Lord Voldemort and the Death Eaters are not far behind. The protective charm that has kept Harry safe until now is broken, but he cannot keep hiding. The Dark Lord is breathing fear into everything Harry loves and to stop him Harry will have to find and destroy the remaining Horcruxes. The final battle must begin - Harry must stand and face his enemy... 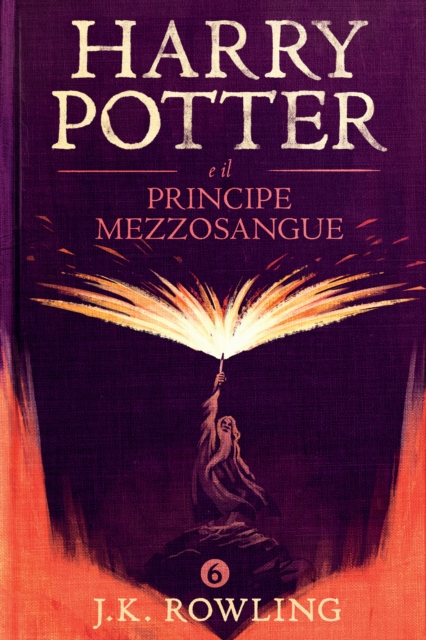 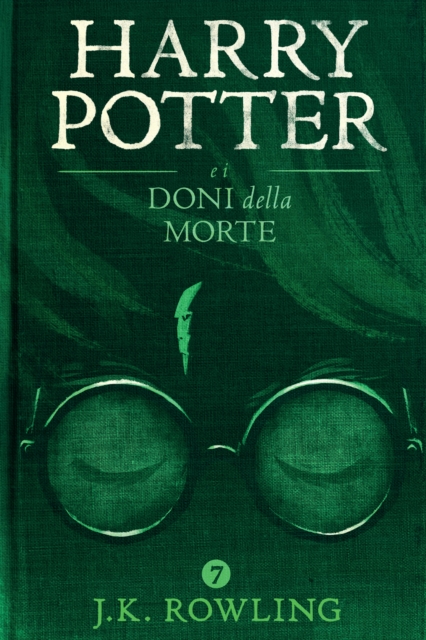 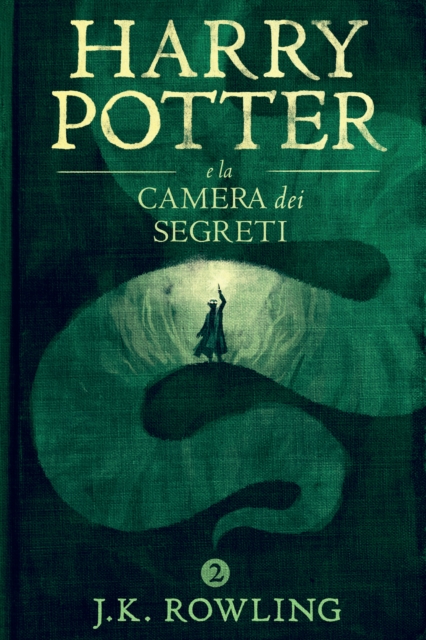 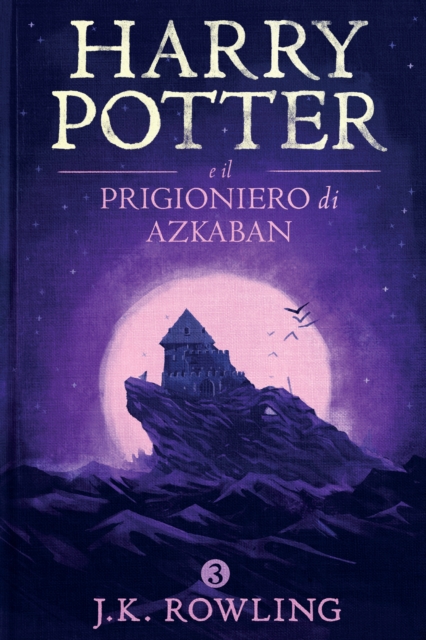 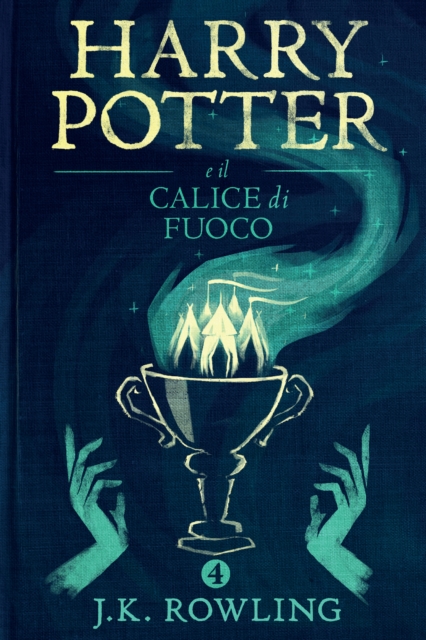 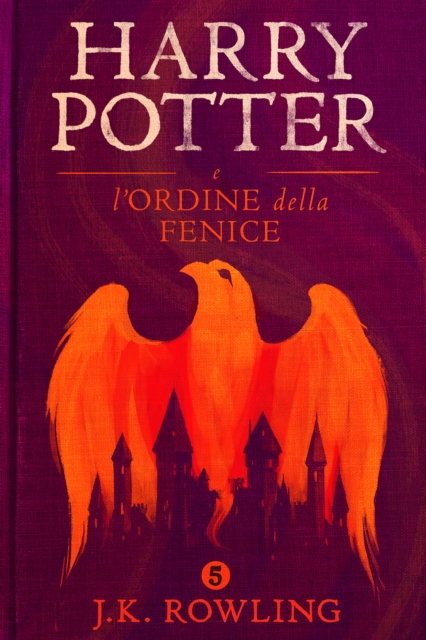 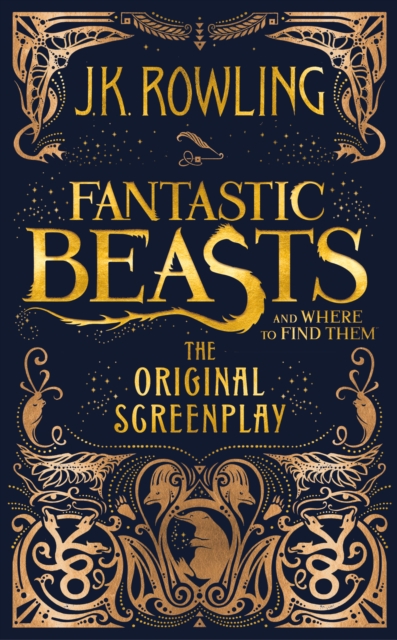 Fantastic Beasts and Where to Find Them: The Original Screenplay
0 0

Fantastic Beasts and Where to Find Them: The Original Screenplay

Fantastic Beasts and Where to Find Them: The Original Screenplay - Copie

Abstract: When Magizoologist Newt Scamander arrives in New York, he intends his stay to be just a brief stopover. However, when his magical case is misplaced and some of Newt's fantastic beasts escape, it spells trouble for everyone...Inspired by the original Hogwart's textbook by Newt Scamander, Fantastic Beasts and Where to Find Them: The Original screenplay marks the screenwriting debut of J.K. Rowling, author of the beloved and internationally bestselling Harry Potter books. A feat of imagination and featuring a cast of remarkable characters and magical creatures, this is epic adventure-packed storytelling at its very best. Whether an existing fan or new to the wizarding world, this is a perfect addition for any film lover or reader's bookshelf.The film Fantastic Beasts and Where to Find Them will have its theatrical release on 18th November 2016.

Abstract: Classic / British EnglishHans Andersen wrote many stories, and these are some of the best. We meet a very, very small child, a bird with a beautiful voice, a mermaid with legs, an ugly duckling with no friends and an emperor with some very strange new clothes. These stories teach us lessons for life. 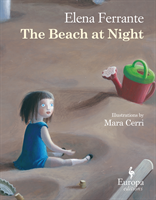 Abstract: A ';beautifully written' dark fable from a doll's point of viewby the New York Timesbestselling author of The Lost Daughter and the Neapolitan Novels (The Washington Post). One of NPR's Best Books of the Year. Readers of Elena Ferrante's The Lost Daughter may recall the little dolllost or stolenaround which that novel revolves. Here, Ferrante retells the tale from the doll's perspective. Celina is having a terrible night, one full of jealousy for the new kitten, Min; feelings of abandonment and sadness; misadventures at the hands of the beach attendant; and dark dreams. But she will be happily found by Mati, her child, once the sun rises... ';Everyone should read anything with Ferrante's name on it.' The Boston Globe

Level 2: Lost Love and Other Stories
0 0

Level 2: Lost Love and Other Stories

Abstract: Original / British EnglishThe stories in this book are exciting and sometimes very strange. Some are sad and some are happy. We meet many interesting people a young man in love, a lonely customer in a shop, a shy soldier. Strange things happen to all these people. But life is strange sometimes.

Abstract: Classic / British EnglishMacbeth, a brave soldier, is trusted by the Scottish king. Then a strange meeting with three witches makes him greedy for power. Macbeth wants to be king. He and his evil wife make murderous plans. But how many people will have to die before their dreams come true?This Penguin Reader play is written for acting making English come alive.

Abstract: Original / British EnglishFelix is not a happy bird. He comes from Brazil but he doesnt live there. He lives in New York in a cage. Then one day his cage opens and Felix says goodbye to New York. Can he find his family in Brazil again? 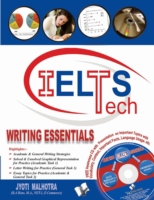 Abstract: IELTS TECH-Writing Essentials is the second book in the IELTS-Tech Series and is the only answer to the Writing Skills for an IELTS, i.e., International English Language Testing System exams. The book has been primarily divided into three sections- Graphical Representations, Letter Writing and Essays, exclusively according to the IELTS pattern of Examinations. In addition to all these, the book is also accompanied with one Awareness CD Presentation which helps the students with the vocabulary of common topics, its significance in present and future, language usage, etc. Many practice sessions are also available for enhancing the writing capacity of the student, which is considered to be one of the most salient criteria for cracking the IELTS Exams.